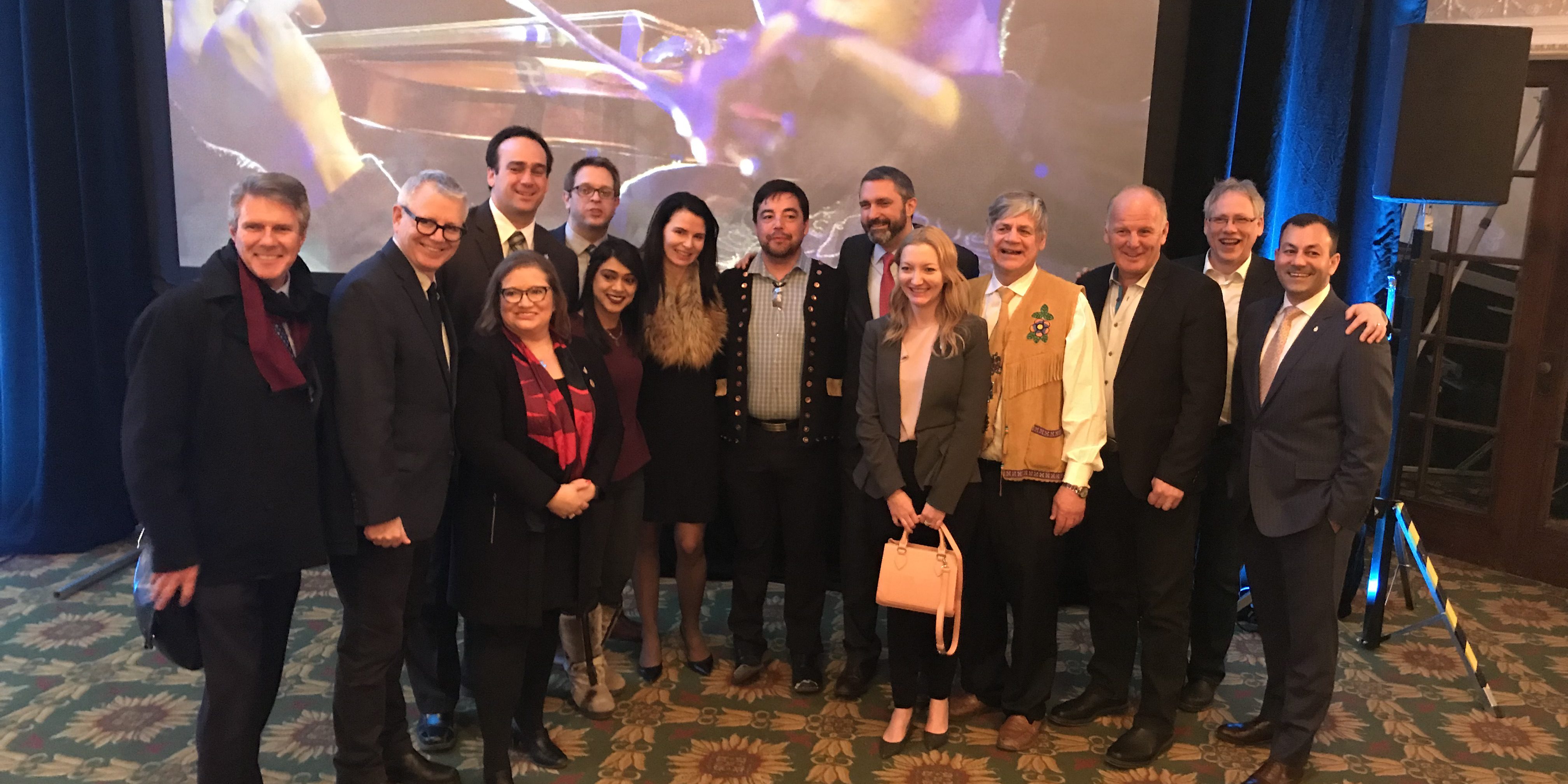 This month, Yukon’s Premier, Ministers and Yukon First Nations Chiefs and Councillors traveled to Ottawa to discuss Yukon issues and priories with the federal government. Over February 5 and 6 the delegation met with federal Ministers and discussed a wide-range of Yukon issues, which included youth and child care, climate change, rural infrastructure needs, tourism, indigenous language revitalization, and renewable energy opportunities.

The evening of February 5, Premier Silver and Council of Yukon First Nations Grand Chief Peter Johnston welcomed guests to a Yukon Days reception. On February 6, Grand Chief Johnston and Premier Silver spoke at a luncheon to share on Yukon College’s transition to a University.

The morning of February 7, Minister of Health and Social Services Pauline Frost and federal Minister of Families, Children and Social Development Jean-Yves Duclos announced a three-year bilateral agreement, which recommits support for the unique early learning and child care needs of Yukon. This agreement allocates slightly more than $7 million over three years for early learning and child care investments in Yukon. Read the federal release and the Yukon government release.

“Inviting Yukon First Nations governments to join us for the Yukon Days meetings is the right decision – and the results of our meetings last year prove this to be true. Together, we are showing the importance of speaking for Yukoners with a single voice across all governments, and know that we will build on last year’s success in furthering Yukon’s priorities in Ottawa.” – Premier Sandy Silver

Highlights from Yukon Days in Ottawa

It was encouraging to meet with Minister of Environment & Climate Change @cathmckenna, MP @LarryBagnell and Councillor Carol Buzzell to discuss our efforts to protect Porcupine caribou herd. Thank you Minister McKenna for advocating on our behalf. #ytpoli pic.twitter.com/frMyeDprJp

.@yukoncollege has become a cutting-edge institution for northern research and innovation that is leading to environmental, economic and social solutions for the North. I'm excited to be sharing in Ottawa today on Yukon College's transition to a University. pic.twitter.com/AxgNzqfPBY

Today’s agreement between Canada and #Yukon is a big step towards ensuring that Yukon children get the best start in life, and in delivering better child care for Yukon families! pic.twitter.com/7Oj459b7oK

Important discussion today with @marcomendicino, Councillor Aucoin and Dave Joe on the Administration of Justice Act and the federal review of all laws and policies with an indigenous lens. #ytpoli pic.twitter.com/X1wp4Xtgm7