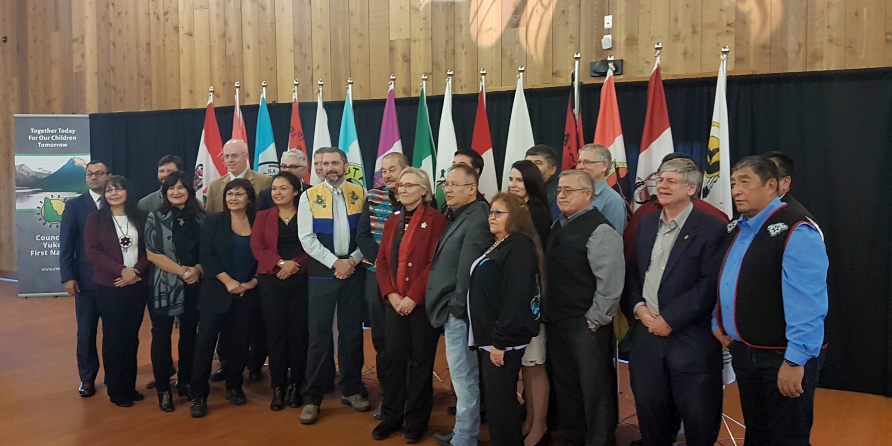 Our caucus is committed to working in collaboration with Yukon First Nations to advance the economic and social wellbeing of Yukon. This December, our Yukon Liberal caucus has been proud to support the YESAA reset MOU, the Royal Assent of federal Bill C-17 and the fourth Yukon Forum of 2017.

Our Liberal caucus is committed to seeing four Yukon Forums held annually. We were proud to support the achievement of this important commitment with Yukon First Nations Chiefs and the Council of Yukon First Nations on December 15. The four meetings have been productive and action has been taken. At the second Yukon Forum in May, a list of joint priorities was approved, and a commitment was made to develop action plans for achieving our priorities. On December 15, progress was reviewed, and all parties have agreed to continue to work together and to once again meet four times in 2018.

The passing of federal Bill C-17 is an important part of resetting relationships between the Yukon government and First Nations governments, as it repeals contentious amendments to the Yukon Environmental and Socio-Economic Assessment Act. Our Liberal caucus has remained committed to efforts to see this Bill pass. Before the Bill received Royal Assent on December 14, the Minister of Energy, Mines and Resources Ranj Pillai and several Yukon representatives spoke in support of the Bill at the Standing Senate Committee on Energy, the Environment and Natural Resources.

Now that federal Bill C-17 has passed, the Yukon Environmental and Socio-Economic Assessment Act (YESAA) must work for all Yukoners. At the Intergovernmental Forum on December 15, the Yukon government, federal government and Yukon First Nations governments signed the YESAA reset Memorandum of Understanding (MOU) to begin this work in partnership. The YESAA reset MOU establishes a new and positive working relationship with respect to the future implementation and operation of YESAA. Our caucus is proud to support this significant step to ensure that the spirit and intent of the Yukon First Nation Final and Self-government Agreements are met. Read the news release from Yukon government.