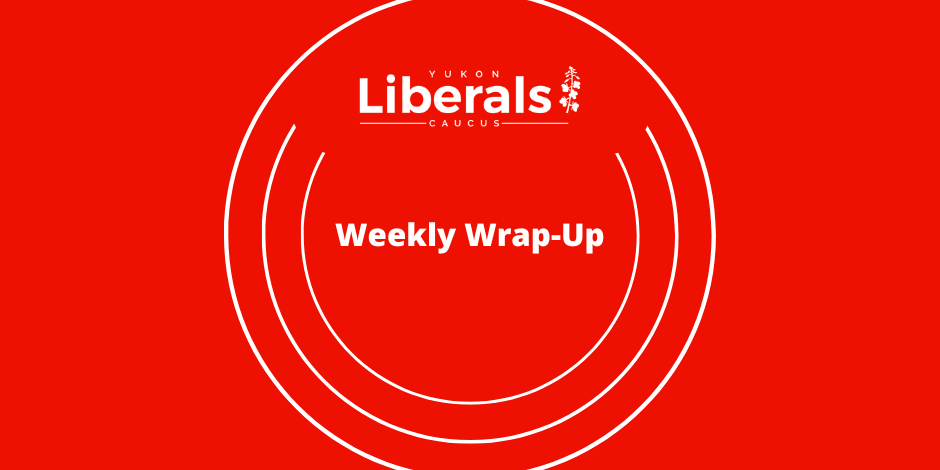 There is only two weeks left of the 2022 fall sitting in the Yukon Legislative Assembly!

This week the Yukon Liberal government released Charting the Course: Living with and managing COVID-19. This set of strategic goals and actions will guide the Yukon’s ongoing response to the pandemic. In addition, today the Yukon Liberal government announced that Xplore will extend satellite service to Yukoners into 2023. These services are critical for Yukoners living in rural locations to stay connected online. The Yukon Liberal government, the Carcross/Tagish First Nation and the government of Canada signed a final management plan for the Tagish River Habitat Protection Area, which fulfills one of the commitments under the Carcross/Tagish First Nation Final agreement and will protect wildlife in the area. In addition, this week the Canadian Open Data Summit was held in Whitehorse, marking the first time the summit has been held in Canada’s North. The summit brought together open data practitioners and advocates from across the country to share perspectives and learn more about how open data can continue to benefit all of our communities.