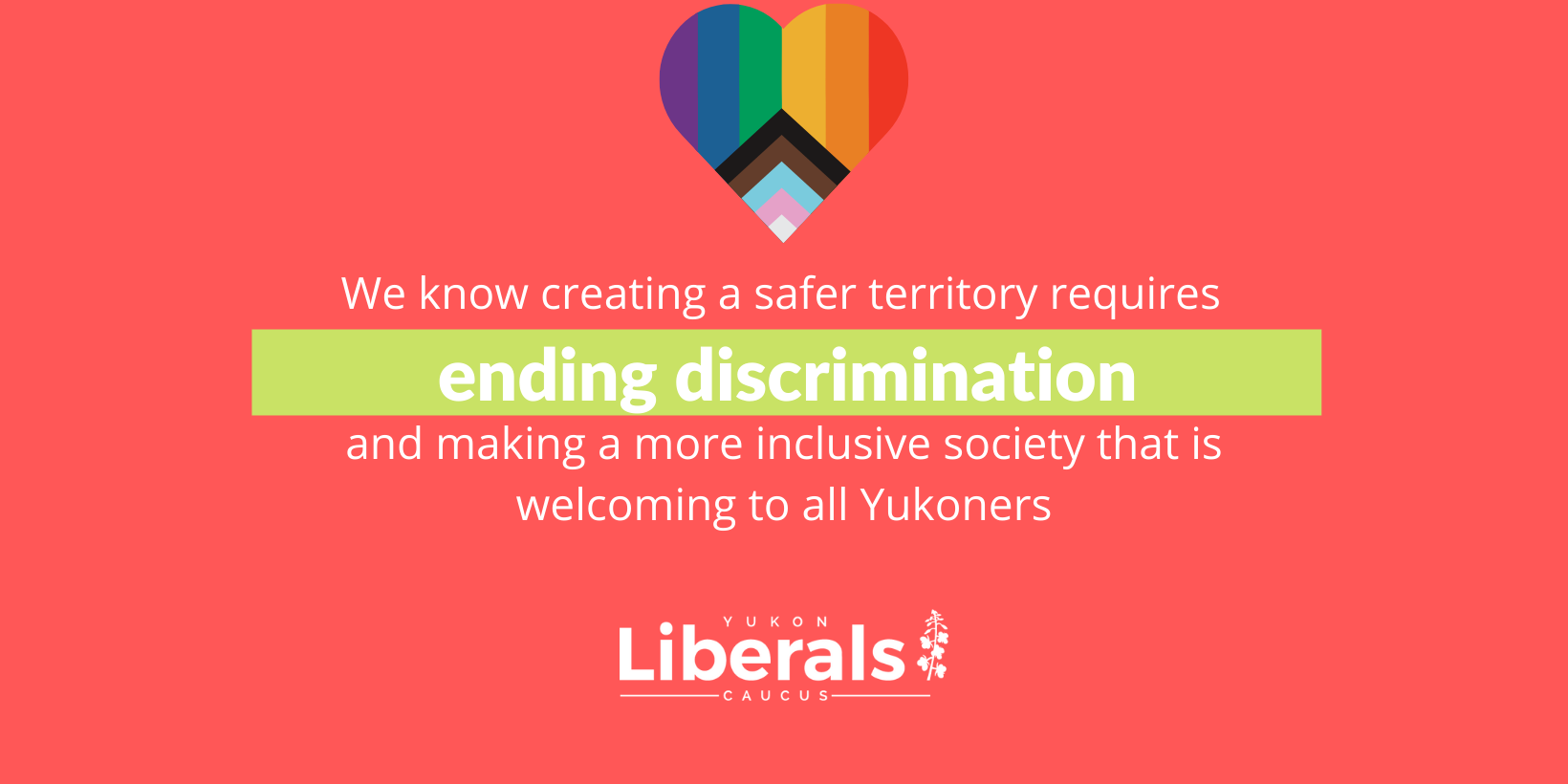 The Yukon Liberal Caucus voted in favour of Bill 304, Act to Amend the Education Act, today in the Yukon Legislative Assembly. The Yukon Liberals are committed to ensuring schools are safe, supportive and inclusive learning environments for all Yukon students.

In 2021, the Yukon Liberal Government released the territory’s first ever LGBTQ2S+ Action Plan that outlines a variety of initiatives aimed at making government programs and services more inclusive and accessible to the lesbian, gay, bisexual, transgender, queer and Two-Spirit+ (LGBTQ2S+) communities.

The LGBTQ2S+ Action Plan contains more than 100 actions, including several focused on education and youth such as:

Bill 304, which intends to provide inclusive social spaces for students who identify as LGBTQ2S+ and their allies within our school system, reflects the commitments of the LGBTQ2S+ Action Plan.

Our government has worked very closely with the LGBTQ2S+ community and identified a number of actions that are needed to improve equality and safety in the territory. Through the Action Plan released in 2021, we have committed to implementing Sexual Orientation and Gender Identity policies and supporting Gender and Sexuality Alliances and similar clubs in Yukon schools. We know that every school will take a different approach to this and we believe that flexibility is important. Bill 304 aligns with the actions of the LGBTQ2S+ Action Plan and will support safe, inclusive schools across the Yukon.