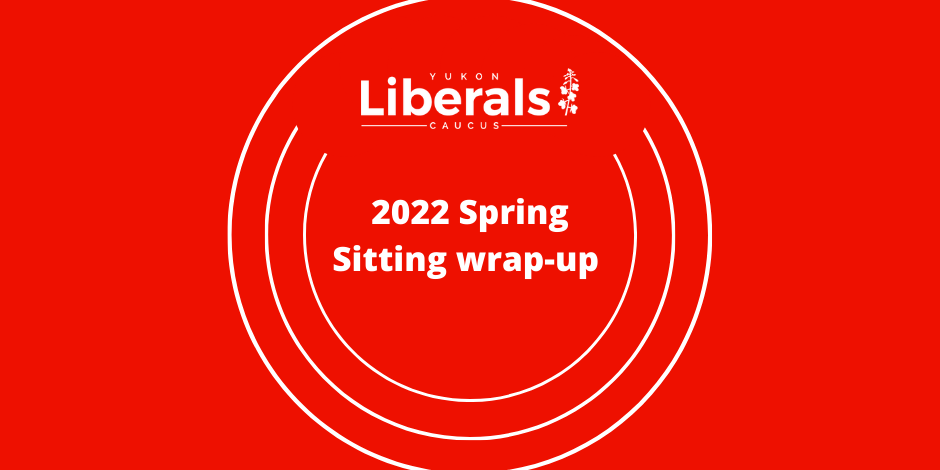 That’s a wrap! Yesterday, the Yukon Legislative Assembly rose for the summer and the Yukon Liberal government was able to accomplish a lot during the Spring Sitting. Foremost, we were able to pass the surplus $1.97 million 2022-23 Budget that includes a record capital budget of $547 million in investments. The 2022-23 Budge includes funding to advance early learning and childcare initiatives, develop land and create homes across the territory, meet our initiatives under Our Clean Future and transition to more renewable energy, increase mental wellness supports and substance-use programs, and build infrastructure projects across the territory.

The Yukon Liberal government was also able to pass all of the legislation tabled by Liberal MLAs in the Legislative Assembly this sitting, including:

In addition, over the past two weeks our government updated Yukoners on:

Catch up on updates from the Spring Sitting and other work of the Yukon Liberal Caucus at yukonliberalcaucus.ca