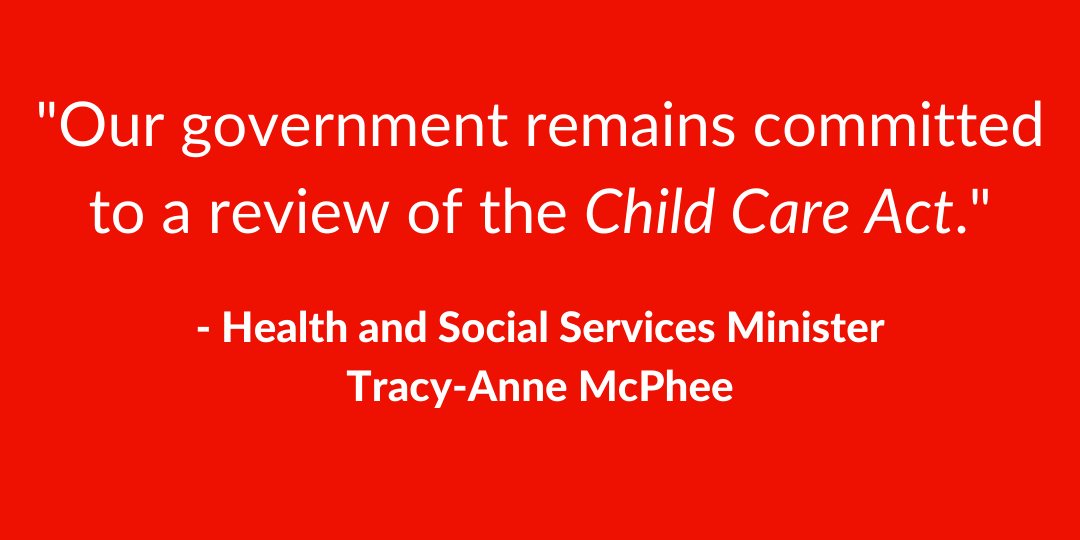 Our government recognizes that the current Child Care Act needs to be reviewed and are committed to doing this work. I had the honour of participating in the debate on Early Learning and Childcare during the recent election campaign. I publicly made the commitment to reviewing the act at that debate, as it is part of the second phase of the Early Learning Childcare Program plan introduced by our government last April.

Our government remains committed to a review of the Child Care Act but we do not agree with the mechanism suggested in today’s motion. The suggested approach puts the review in the hands of multiple elected officials instead of industry experts and it commits a legislative committee that has not met in over three decades with the task of this review. Review of Legislation is also outside of the jurisdiction of this committee.

We believe there is a more appropriate method to conduct such a review. Our work on this review will take a broad approach and will include opportunity for stakeholders across the Yukon to share their concerns. We will also seek independent input and expertise on this review.

We look forward to improving this important piece of legislation to ensure it works for Yukoners and, most importantly, for Yukon children.