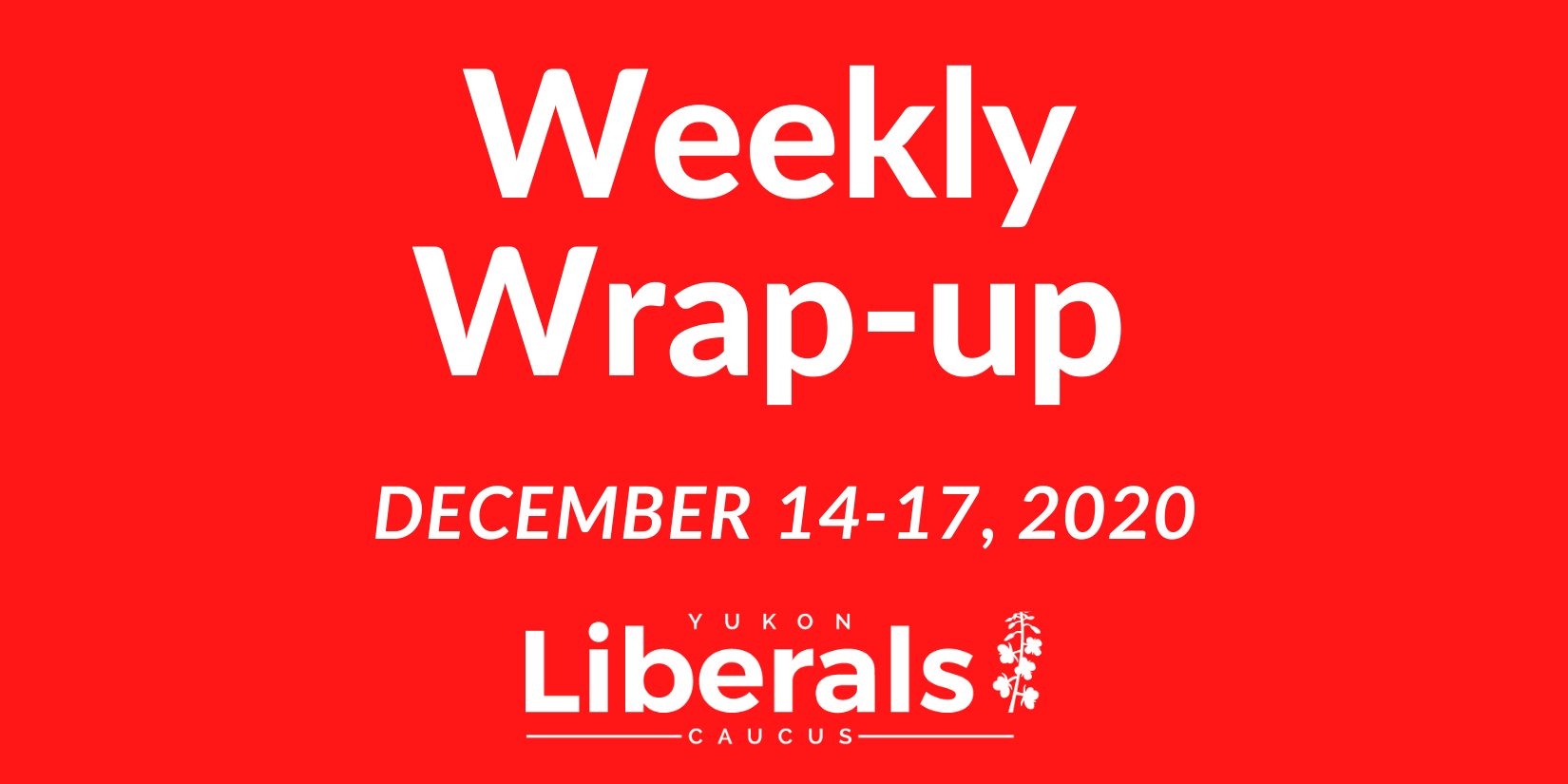 Yukon’s Tourism Relief and Recovery Plan, which includes investments of up to $15 over three years to provide much needed relief and guide recovery, was released on Monday.

Guided by the foundation of the Yukon Tourism Development Strategy, the Tourism Relief and Recovery Plan provides targeted investments that prioritize safety and economic viability, with a focus on building sector resiliency for the future.

The plan also includes previously announced initiatives such as tourism-specific supplements to the Yukon Business Relief Program and enhancements to the Tourism Cooperative Marketing Fund.

“Combined with the Yukon government’s other business relief efforts, the Tourism Relief and Recovery Plan will ensure the survival and recovery of Yukon’s tourism sector and equip the industry to return to full capacity and growth sooner and more resilient than ever,” said Minister of Tourism and Culture Jeanie McLean. “I want to thank all of our tourism partners across the territory for showing leadership throughout the pandemic. We will continue to work in partnership to rebuild Yukon’s vibrant tourism sector.”

You can read the Minister McLean’s ministerial statement here: https://yukonassembly.ca/sites/default/files/hansard/34-3-79.pdf.

You can read the plan here: https://yukon.ca/en/tourism-relief-and-recovery-plan.

“It’s our responsibility, as government members, to ensure that the services provided represent the needs of our community, our constituents, and Yukoners as a whole, and that’s exactly what these recommendations do. They put people first.”

On Wednesday, MLA for Mayo-Tatchun Don Hutton spoke to his motion, Motion No. 350: THAT this House supports Putting People First — the final report of the comprehensive review of Yukon’s health and social programs and services and the recommendations contained within.

Putting People First makes 76 recommendations for an approach that will “elevate Yukoners to new levels of healthcare, streamline services and ultimately save taxpayers money,” Hutton said.

“Whether it’s mental health, support for those struggling with substance abuse, or the general well-being of Yukoners, I stand firmly in my belief that the systems in place can and should be improved upon,” Hutton said. “It’s our responsibility, as government members, to ensure that the services provided represent the needs of our community, our constituents, and Yukoners as a whole, and that’s exactly what these recommendations do. They put people first.”

The report points to the need to connect every Yukoners to a primary care provider, doubling the medical travel subsidy, expanding palliative and end-of-life care programs, increasing services offered in the communities through mobile screening and service provision, and much more. Many of these objectives are already in the works.

You can read the full transcript of the debate here: https://yukonassembly.ca/sitting-day/34-3-081.

If you are interested in reading the Putting People First Final Report in full, click the link here: https://yukon.ca/en/putting-people-first.

Wednesday marked the 60th anniversary of the establishment of the Arctic National Wildlife Refuge. Minister Frost voiced her support in the Legislative Assembly for the banks’ refusal to fund oil and gas extraction proposals. Minister Frost has been closely involved in the efforts to protect this area for over 30 years. Our government believes this vast wilderness area is too vulnerable to pursue exploration and extraction.

Minister of Highways and Public Works Richard Mostyn paid tribute to everyone responsible for keeping our territory’s roads and highways safe and clear on Wednesday in a spirited fashion.

A twinkle in his eye, he began with, “’Twas the night before Christmas when all through Yukon, not a road crew was sleeping, just doing some recon…”

Mostyn went on to highlight the highway crews working the mountain passes on the roads to Skagway and Haines:

“It is always challenging and dangerous work throughout the winter. This year, however, has been especially crazy, with huge amounts of snow accumulating quickly, triggering 12avalanches in the process.”

Yukon Energy Corporation (YEC) has advanced a grid-scale battery for Whitehorse as another renewable energy project, Minister Pillai told the legislature this week.

YEC has issued the first stage of a two-stage competitive procurement process for a battery vendor. This process invites battery vendors from around the world to take part in this exciting chapter of Yukon’s history. Kicking off the competitive procurement process for the battery is a critical milestone for this project. The project aims to be complete in 2022.

This battery has a seven-megawatt capacity, which will help us meet the growing electricity demands in the Yukon. The battery will be used to maximize our renewable energy use during peak demand periods to burn less diesel. Upon completion, it will be the largest grid-scale battery in the North and one of the largest in Canada.

This project is an important step in achieving our 97 per cent renewable energy target by 2030, and we are very pleased to see this project move forward.

In recognition of Les EssentiElles’ 25th anniversary, Minister John Streicker congratulated the non-profit on its contribution to improving the lives of Francophone women in Yukon as well as for the recent opening of their new location in downtown Whitehorse. He pointed to the work the organization did recently during the international 16 days of activism initiative to end gender-based violence as well as their courses on sex education and feminism to our French-speaking and French immersion students.

YDC, YEC, CMOH in as Witnesses

There were several witnesses in the legislature this past week.

Yukon Development Corporation (YDC) and the Yukon Energy Corporation (YEC) were in the legislature on Tuesday answering questions from MLAs. Witnesses included Justin Ferbey, president and chief executive officer of the YDC, and Andrew Hall, president and CEO of YEC, as well as Lesley Cabott, chair of the YEC Board of Directors.

Ferbey reported on the release of YDC’s final 10-Year Renewable Electricity Plan document, noting that “renewable sources of electricity will be critical in setting us all on the path toward a stronger, more sustainable future.”

On Thursday Yukon’s Chief Medical Officer of Health, Dr. Brendan Hanley, also made an appearance to answer questions. He updated Yukoners on the work of his team from the beginning of the COVID-19 pandemic until now, including the territory’s testing capacity, self-isolation requirements, health and safety guidelines for Yukon’s education system, recommendations around visitors to Yukon, details about COVID-19 vaccines, and the team of people supporting him at the office of the Chief Medical Officer of Health.

“With the simultaneous onset of winter, which can present increased risk of transmission, and arrival of a vaccine, the upcoming months will certainly be a time of increased vigilance, but also a time of increased hope and optimism,” Hanley said. “I am confident that, acting together as Yukoners, we will be successful in meeting the coming challenges, and we’ll be able to defeat this virus.”

You can read the transcript from Tuesday here: https://yukonassembly.ca/sitting-day/34-3-080.

You can read the transcript from Thursday here: https://yukonassembly.ca/sitting-day/34-3-082.

Finally, on Thursday Minister of Community Services John Streicker took us on a lyrical but also scientific journey while honouring the Winter Solstice, our longest night.

“I mark winter solstice, because it reminds me that we are Northern folk,” he said, after acknowledging what a tough year it has been due to the pandemic. “It marks our journey back into the light.”

Streicker ended his tribute with his hope for 2021: “Harmony and understanding, sympathy and trust abounding, and love will steer the stars.”