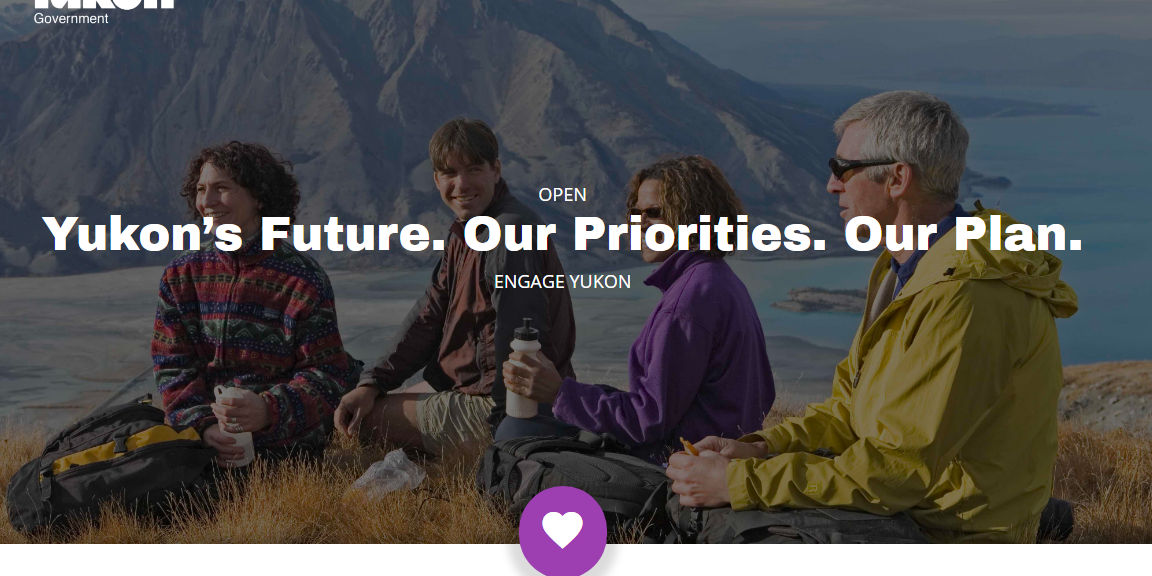 Today, November 15, the independent Yukon Financial Advisory Panel released their Final Report. More than 800 Yukoners, governments and organizations submitted responses to the Panel from across the Yukon. In the Legislative Assembly, Premier Silver read a ministerial statement to announce the release, and to speak to how the Yukon government will move forward. The government will now review the options presented by the Panel. Based on the feedback received from Yukoners, there will be no sales tax, no layoffs of Government of Yukon employees, and no changes to placer royalties. The full ministerial testament is below.

You can read the Final Report from the Yukon Financial Advisory Panel here.

The Yukon government also issued a news release on the report.

Mr. Speaker, earlier today the Yukon Financial Advisory Panel released its final report.  It contains a host of options the Government of Yukon can consider to return its finances to a sustainable position.

I want to thank the panel for their work over the last number of months and to the more than 800 Yukoners who participated – thank you for being heard.

Next week several members of the panel will be appearing as witnesses in this chamber. That is an opportunity for members of this House to ask questions to the panel members directly.Let me remind everyone why the panel was appointed in the first place.

As a territory, we are facing financial challenges. The growth in the rate of spending has outpaced the growth rate for revenues over the past 10 years.As a result, the financial position of the territory has deteriorated.

As the final report says “Early action is important … The options open to the government are more numerous and the size of the fiscal actions are smaller the sooner concrete steps are taken.”

“Do nothing”, while looked at as an option, is not prudent.

Sitting on our hands and hoping for the best is not an option. The financial challenges are real and must be addressed.

Yukoners agree. This was not a preferred option among Yukoners who participated in the public engagement.

We have said from the beginning we wanted to hear from Yukoners on the options put forward by the panel itself before weighing in as a government.

Yukoners have said no to a sales tax. There will be no sales tax.

There will be no layoffs of Government of Yukon employees.There will be no changes to placer royalties. This was a campaign commitment and we are not going to raise royalties on placer miners.

That said, there are initiatives we can undertake to ensure mining delivers more benefits to Yukoners. At the Yukon Forum, we are already talking about changes to resource royalty sharing arrangements under Chapter 23 of the Umbrella Final Agreement. Improvements in Impact Benefit Agreements are another way we are working to bring value to local people.

By the same token, the options presented are not a list to be checked off. Moving on just some of the options will get us back to where we need to be. The task before us is deciding which ones and when.

As we move forward we intend to work with members of this House, the public, the public service and a variety of stakeholders.

While we have ruled out a couple of options immediately, we are already taking steps on others. The panel highlighted the decision our government made this spring to reduce corporate income tax rates from 15% – 12% as a positive initiative to improve our financial bottom line.

We are confident about the ability of our public service to respond with innovative ideas for improvement and to focus on outcomes, not just activity, to meet the needs of Yukoners.

There are many other options that we as a government will be delving into in the weeks and months ahead.

We are particularly interested in suggestions related to working more closely with municipal and First Nations governments.  The same applies to options that speak to more involvement from First Nation governments in infrastructure development.

The suggestion of a comprehensive review of the health care sector is one we have talked about internally for some time and has been highlighted by the panel as well.  This is an initiative we will explore with our health care partners.

Mr. Speaker, I want to again thank Yukoners for participating and the panel for their work.  Thank you.