Statement on the National Inquiry into MMIWG Interim Report 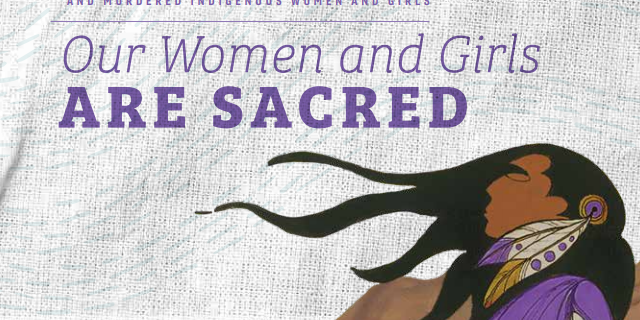 On Monday, November 6, the Minister responsible for the Women’s Directorate Jeanie Dendys rose in the House and gave a Ministerial Statement on the Interim Report from the National Inquiry into Missing and Murdered Indigenous Women and Girls.

You can find the Interim report here.

The Government of Yukon has received the Interim Report: The National Inquiry into Missing and Murdered Indigenous Women and Girls, and we appreciate all of the work that has gone into the creation of this document over the past year.

Yukon voices can be seen reflected throughout the report, from the preface where there are quotes from loved ones at the Whitehorse family truth-finding gatherings to recognition of Shaun LaDue’s contribution of an oath to listen with an open heart, an open mind and to be free from prejudice. This is now named the “LaDue oath” after Shaun LaDue and in recognition of this contribution. The commission noted that the family members and survivors who shared in Whitehorse hold a special place in the national inquiry. They went first, which is both an honour and a challenge. We appreciate their acknowledgement of the courage of our Yukon families.

Yukon is also noted as having many best practices. Among them are Jackson Lake land-based healing, indigenous-led child welfare programs in First Nation communities, and a safer communities and neighbourhoods program implemented within the Kwanlin Dün First Nation and other Yukon communities. These programs are strong community examples of how Yukon is taking action on violence against women and children without waiting for the results and recommendations of the inquiry. Yukon First Nations and NGOs are leading the way in terms of community-driven crime prevention and response, and we can learn a lot from them.

I appreciate the hard work of the commission in reviewing the relevant literature. There was a lot of work that came before the national inquiry began, and it is crucial that this work is not lost, but rather serves as building blocks for our continued work toward a solution. The literature review included reviewing almost 100 previous reports and distilling 1,200 recommendations into 17 overarching themes and 10 recommendations.

I am pleased to see the several calls for immediate action that will impact the welfare of indigenous women and children as a key aspect of the interim report. It is also useful to have recommendations to help set a path forward for the urgent work to continue.

We know that it is crucial to continue to move forward, both with the national inquiry and in our own jurisdiction while the inquiry takes place, because this is an issue that can’t wait any longer. We also know that recommendations are a starting point and that Yukon will need to develop its own path forward as we have a different context than the rest of the country.

Our Yukon regional advisory committee on missing and murdered indigenous women and girls will be coming together within the next 10 days to discuss the report, the recommendations and how we can use these suggestions within our own context, communities and governments. We are fortunate to have strong working relationships with Yukon indigenous women’s groups, the RCMP, NGOs, other governments and those who have a personal stake in the continuation of the national inquiry.

Our collaborative work will continue to be important as we move forward to take action in light of the context the report. It is our intent to continue to support the mandate of the national inquiry. Throughout the country, we will continue to advocate for Yukon families throughout this process, and we’re committed to moving forward together.