Highlights from the Legislative Assembly: May 29-June 1, 2017 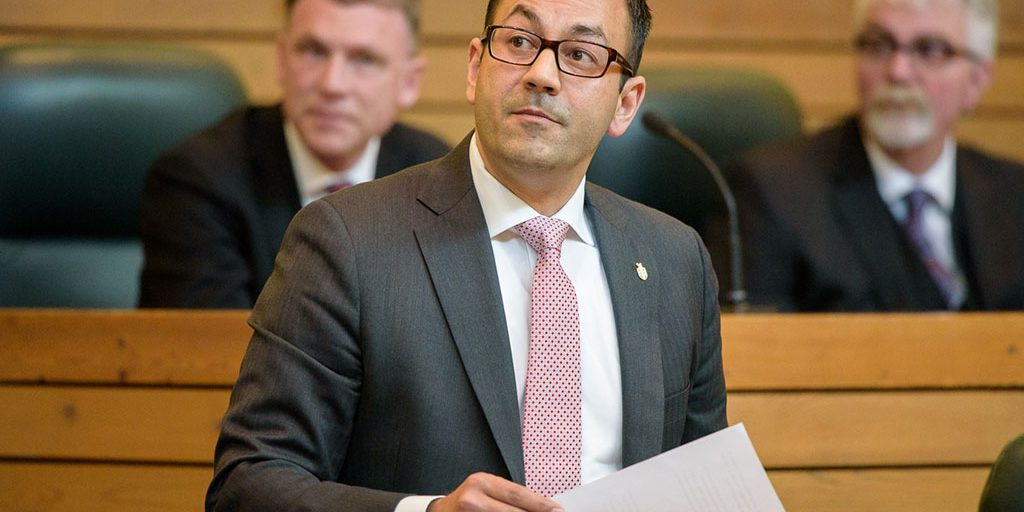 Minister of Economic Development, Ranj Pillai, and Premier Silver both detailed how the benefits of reduced corporate taxes will boost Yukon’s economy by stimulating job growth and encouraging innovation.

“I am pleased to introduce Bill No. 3… Bill No. 3 represents a major mandate fulfillment and a path toward good jobs and a sustainable environment. We believe that through lower taxes paid, employers will invest in marketing, training and innovation to create more good jobs for Yukoners and to make investment in Yukon more attractive.” –Premier Silver

The Premier answered questions on the Yukon Financial Advisory Panel. He shared that the terms of reference for the Panel are now finalized and being prepared for public release next week. Public engagement by the Panel is anticipated to start once the Spring Sitting concludes in June, and will carry into the fall.

The Panel will provide Yukoners with the opportunity to comment and make recommendations about potential government financial, economic and spending options. Learn more.

The Yukon Party has been circulating rumors that hundreds of thousands of dollars are being spent on lavish renovations to cabinet offices. This is an untrue claim. Following the election, Highways staff took advantage of the vacant offices during the transition to paint the cabinet space and to lay carpets. And, once the new government took possession of the offices, they moved some furniture. This work cost $17,630. The reception desk was also moved into the cabinet space as a matter of workplace safety, at a cost of $18,700. The total for the paint, the carpet and the minor renovation comes to just under $37,000.

During question period, Minister McPhee confirmed that the government is committed to ensuring that all Yukon students have the support they need.

The Education Department determines an initial allocation for EA’s for the upcoming school year based on current needs and projected enrollment. This process is done in consultation with the school administrators. Minister McPhee confirmed this process has now been completed and the initial allocation for the 2017/2018 school year is 210 EA positions, which will be distributed across all Yukon schools.

She explained that the need for EAs will continue to be assessed and adjusted over the summer and during the coming school year, based on enrollment and student need. Educational Assistants are a valuable resource and our Liberal caucus is committed to supporting EA positions to meet the needs of all Yukon students.