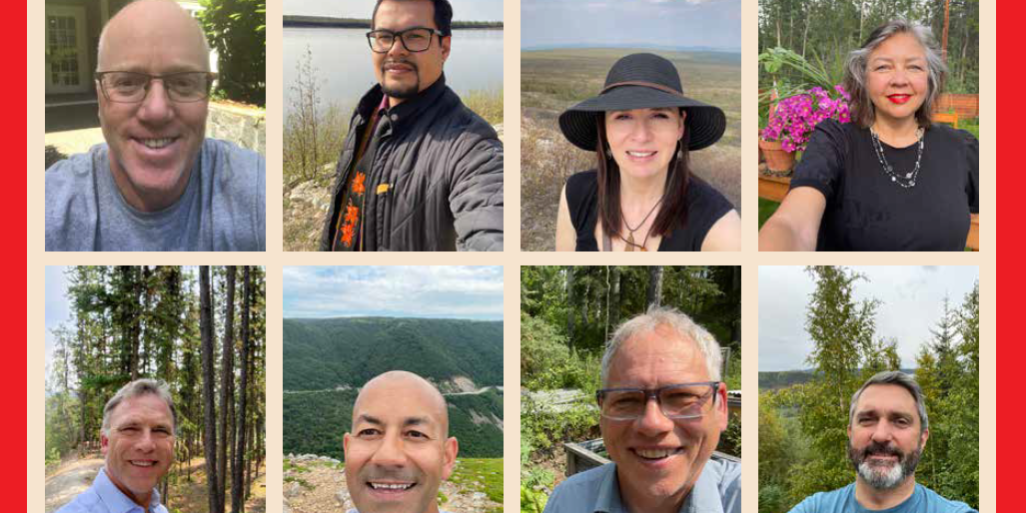 We hope everyone enjoyed summer in our spectacular territory and took the time to get out paddling, camping, or walking in the midnight sun and catch up with friends and loved ones. After a rather quiet and challenging two years, the Yukon Liberal Caucus is all thrilled to see a stronger tourism season returning with many new faces visiting the Yukon and taking in all this majestic place has to offer. Earlier this spring, Minister Pillai was happy to announce random COVID-19 arrival testing would not be conducted at any of the Yukon’s land borders or airports, helping to streamline tourist arrivals.

Thank you to all the partners in the Border Working Group: the Canada Borders Service Agency, the Yukon Chamber of Commerce, White Pass and Yukon Route, Holland America, and the Borough of Skagway.

Our Liberal Caucus looks forward to continued success working with our partners to see Yukon tourism businesses thriving and showing the world what an exceptional destination the Yukon is as the territory’s economy continues to lead the country in growth.

As we enter fall and another sitting of the Yukon Legislative Assembly, here is an update on work underway to help improve life for all Yukoners. Our Liberal Caucus continues to support investments in affordable housing, health care, innovation, critical infrastructure, flood mitigation, and resiliency in the face of climate change, just to name a few top priorities.

Liberal MLAs continue to work every day to support Yukoners and make life more affordable in the territory. 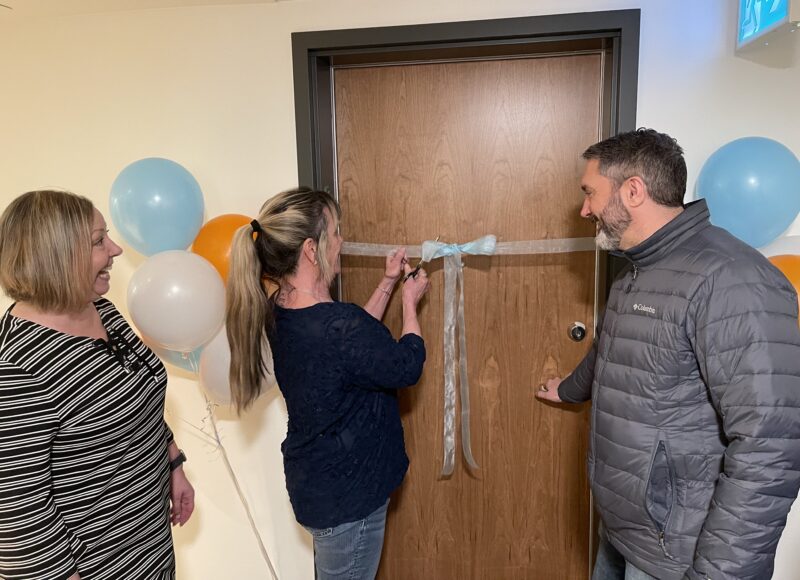 Opportunities Yukon has moved into their new Cornerstone
building on Main Street! Members of our Caucus joined
Executive Director Jillian Hardie and her team for a tour of
the beautiful new building and a ribbon cutting for one of
the new residents. 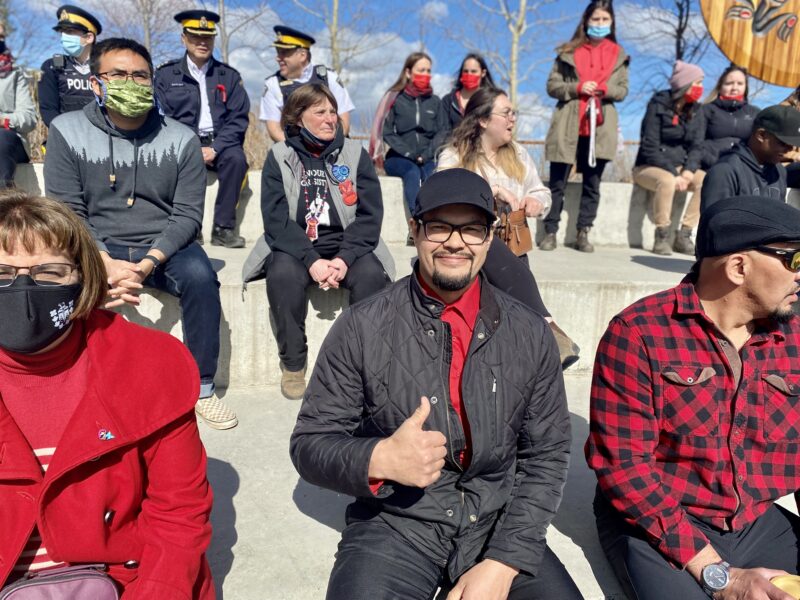 MLA Harper gathers with Yukoners around a sacred fire
outside the Kwanlin Dün Cultural Centre for the National
Day of Awareness and Action for Missing and Murdered
Indigenous Women, Girls and Two-Spirit+ people.

Improving the lives of Yukoners

Here are some highlights from the past few months and updates on work underway to make life better in the Yukon.

The Yukon Liberal Caucus recognizes that Yukoners are seeking relief from high prices and this spring, Premier Silver introduced a $150 rebate on electrical bills for all residential and commercial customers in the Yukon.

Starting in June, the rebate appeared as a $50 credit, and continued each month for three months, on all residential and commercial electricity customers’ bills. This will have a broad impact in the territory, helping people on fixed incomes and those in rural communities. Our Caucus remains focused on making life more affordable for Yukoners. The government’s Budget includes historic investments to support the Yukon’s first-ever universal, affordable childcare program, which has significantly reduced the living wage in the territory. The government also raised the minimum wage and doubled the medical travel subsidy. The electrical rebate is yet another step to put more money in the pockets of Yukoners.

The Yukon Forum continues to be an important venue for open dialogue between the government and Yukon First Nations, and is an opportunity to review progress to date and discuss shared priorities for the coming years.

On June 16, the Premier, government ministers, Council of Yukon First Nations Grand Chief Peter Johnston and Yukon First Nations Chiefs met in Old Crow at the Darius Elias Community Centre for the Yukon Forum. Renewable energy and climate change were part of the dialogue as well as an update on the work
to create an implementation plan for Yukon’s MMIWG2S+ Strategy. 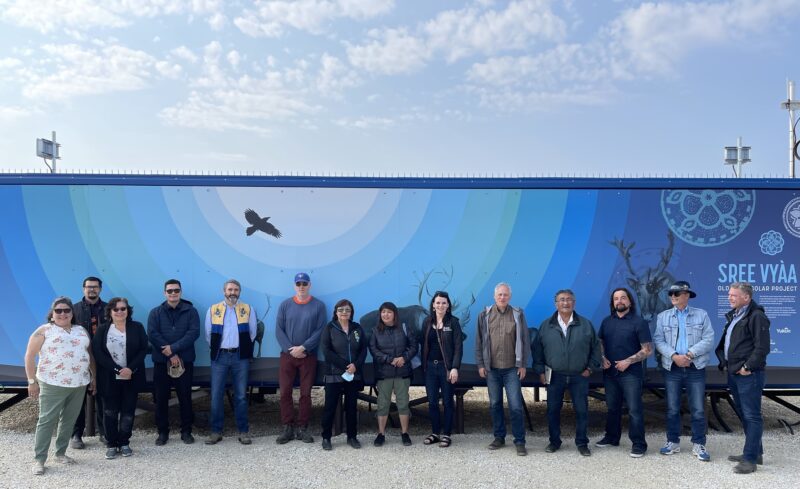 This year, publicly funded and regulated midwifery services were fully integrated into the Yukon’s health care system. In July, the first-ever Yukon Midwifery Clinic
opened and began to see clients. Find information or register for the Yukon Midwifery Program at http://yukon.ca/midwifery-program.

“Offering free, integrated, safe midwifery services is important in supporting Yukoners through their pregnancy, birth and early parenthood. We look forward to welcoming Yukon families into this new model of care that will better support expecting and new parents. Over the coming months, we will continue to work with our partners in the Yukon’s health care system to expand midwifery care across the territory.” – Minister of Health and Social Services Tracy-Anne McPhee 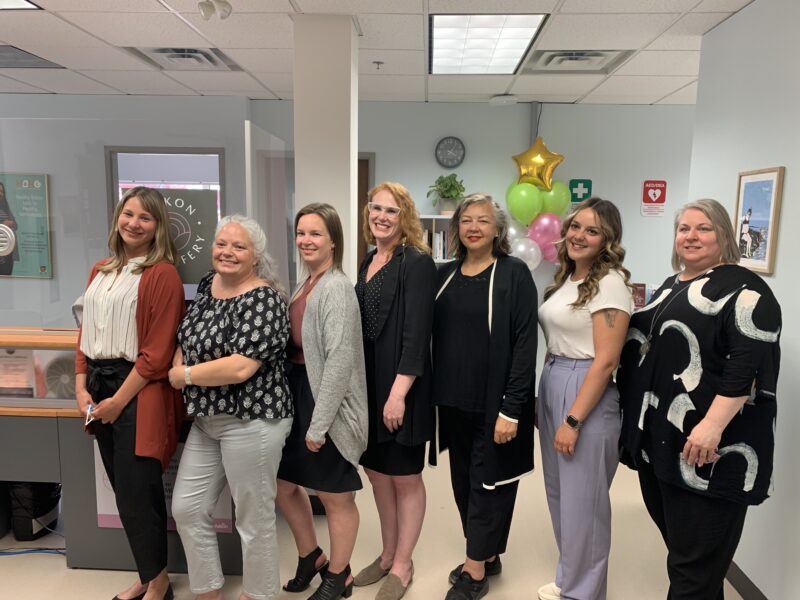 The Yukon Liberal Caucus is committed to improving childcare and early childhood education in the territory to help Yukon families and make life more affordable.

Last year the first universal, affordable childcare program was introduced in the Yukon, saving Yukon families up to $700 per month, per child. Together with the federal government, the government is also supporting Yukon University to provide an accelerated education pathway for early childhood educators (ECEs). The new Professional Diploma Pathway program supports early childhood educators with an individualized plan to complete the required training to achieve full Level 3 status. This status is the highest credential for early childhood educators in the Yukon. Additional funding is enhancing course offerings for rural communities. These Individualized plans will support educators by providing the flexibility they need to continue working and providing care for Yukon children.

By providing additional training opportunities for ECEs in the Yukon, the government is delivering on its commitment in the Putting People First report to increase accessible training opportunities that support early learning for Yukon children. We value the contribution of ECEs to the Yukon’s universal child care system. ECEs in the Yukon are now the highest paid in the country, with access to comprehensive benefit plans and opportunities to upgrade their education while working right here in the Yukon. It’s an exciting, transformative time for early learning in the Yukon, as we know that each educator who takes advantage of this opportunity will in turn pass on the benefits to hundreds of children in their care.