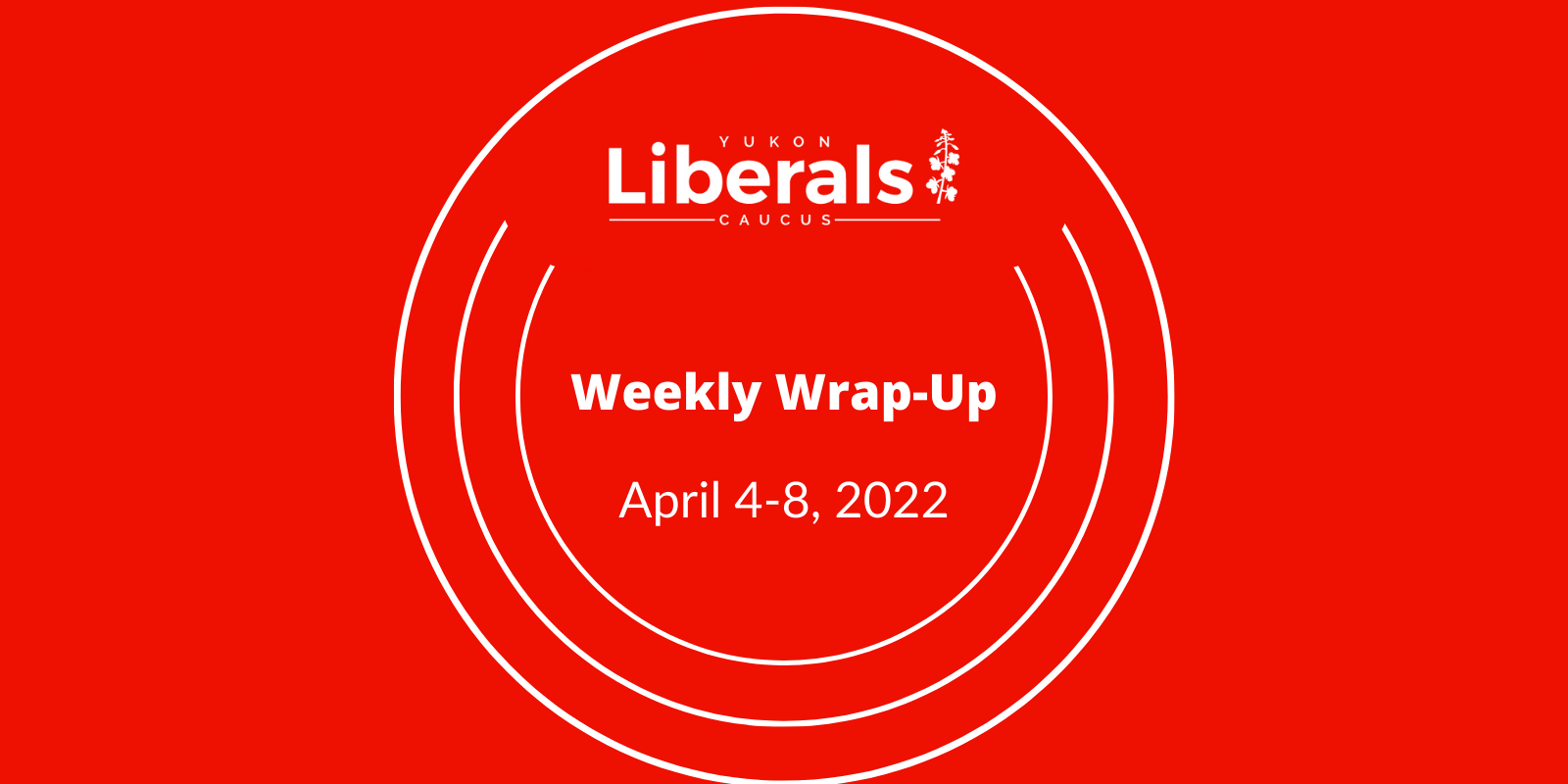 Over the past week, Yukon Liberal MLAs have been hard at work to support Yukoners and build a stronger, more inclusive territory. Earlier this week, Minister John Streicker announced over $624,000 in funding to help recruit, train and mentor energy advisors in the territory which will help deliver more energy assessments and make Yukon homes more energy efficient.

This week the Yukon Liberal government tried to have leaders from Yukon University and the Yukon Energy Corporation and the Yukon Development Corporation appear as witnesses in the Legislative Assembly. Unfortunately, on both Tuesday and Thursday, the Yukon Party and the Yukon NDP voted against having the witnesses appear. As a part of our efforts to create a more open and accountable government, the Yukon Liberal government has made it a priority to bring all government entities to appear as witnesses at least once a year in the Legislative Assembly. This was a valuable opportunity for MLA’s to ask questions about the Yukon University’s new 5-year strategic plan and Yukon Energy’s 10-year renewable electricity plan, but the opposition parties were uninterested.