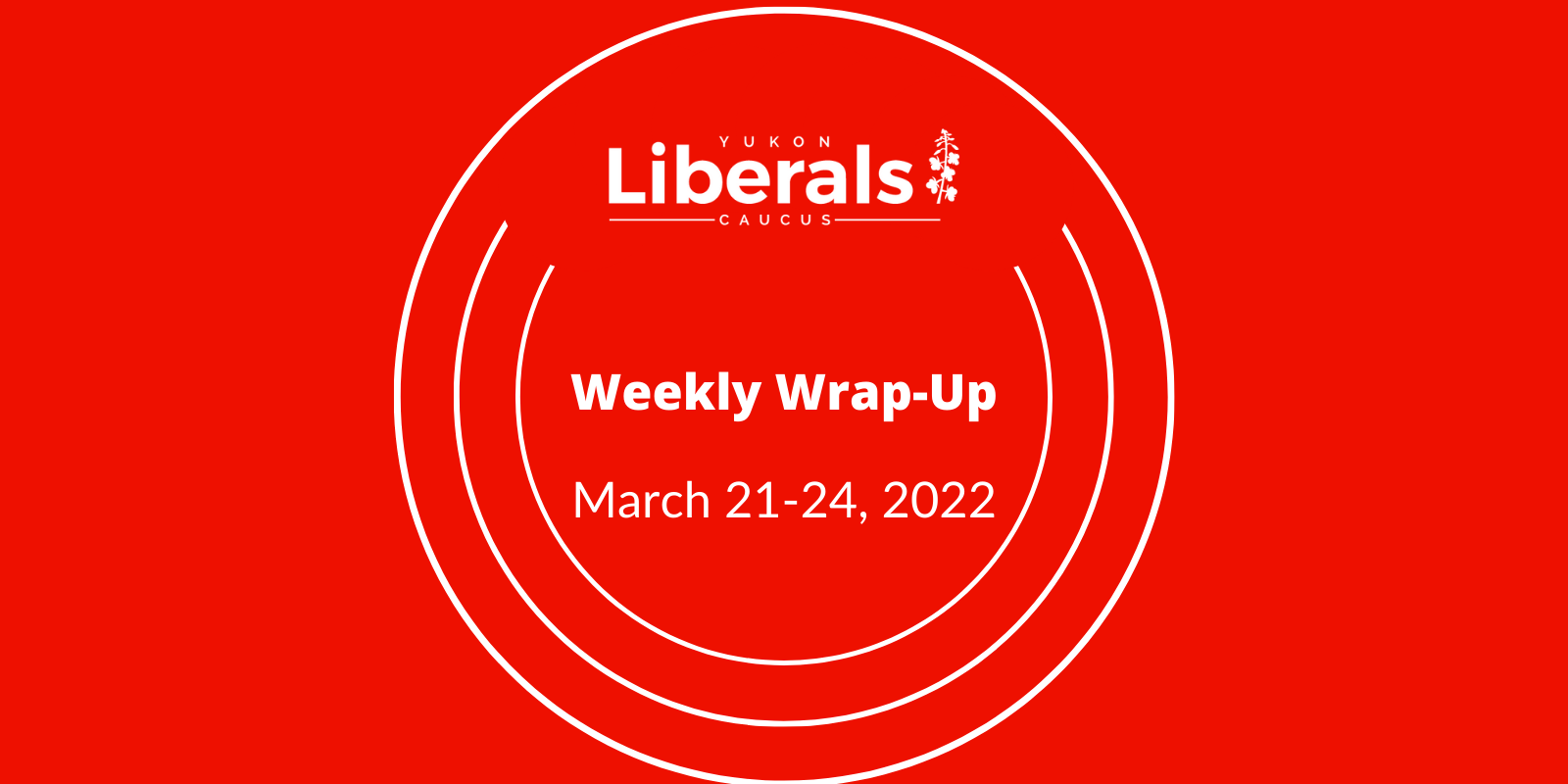 Can you believe it? We are already a third way through the 2022 Spring Legislative Sitting!

Over the past two weeks, the Yukon Liberal Government has been hard at work to pass legislation that will create jobs for Yukoners, protect our environment for future generations, build more affordable housing across the territory and strengthen our growing economy.

On March 24, the Yukon Legislative Assembly passed amendments to the Assessment and Taxation Act and the Municipal Act that will pave the way for the creation of the Better Building program. The Better Building program will provide Yukoners with loans up to $50,000 for home energy retrofits and up $100,000 for business energy retrofits at the lowest interest rates in the country.

In addition, Yukon MLAs passed several pieces of legislation during the week of March 21 that include:

Find out more about our work in the Legislative Assembly and tune in here: https://yukonassembly.ca/.