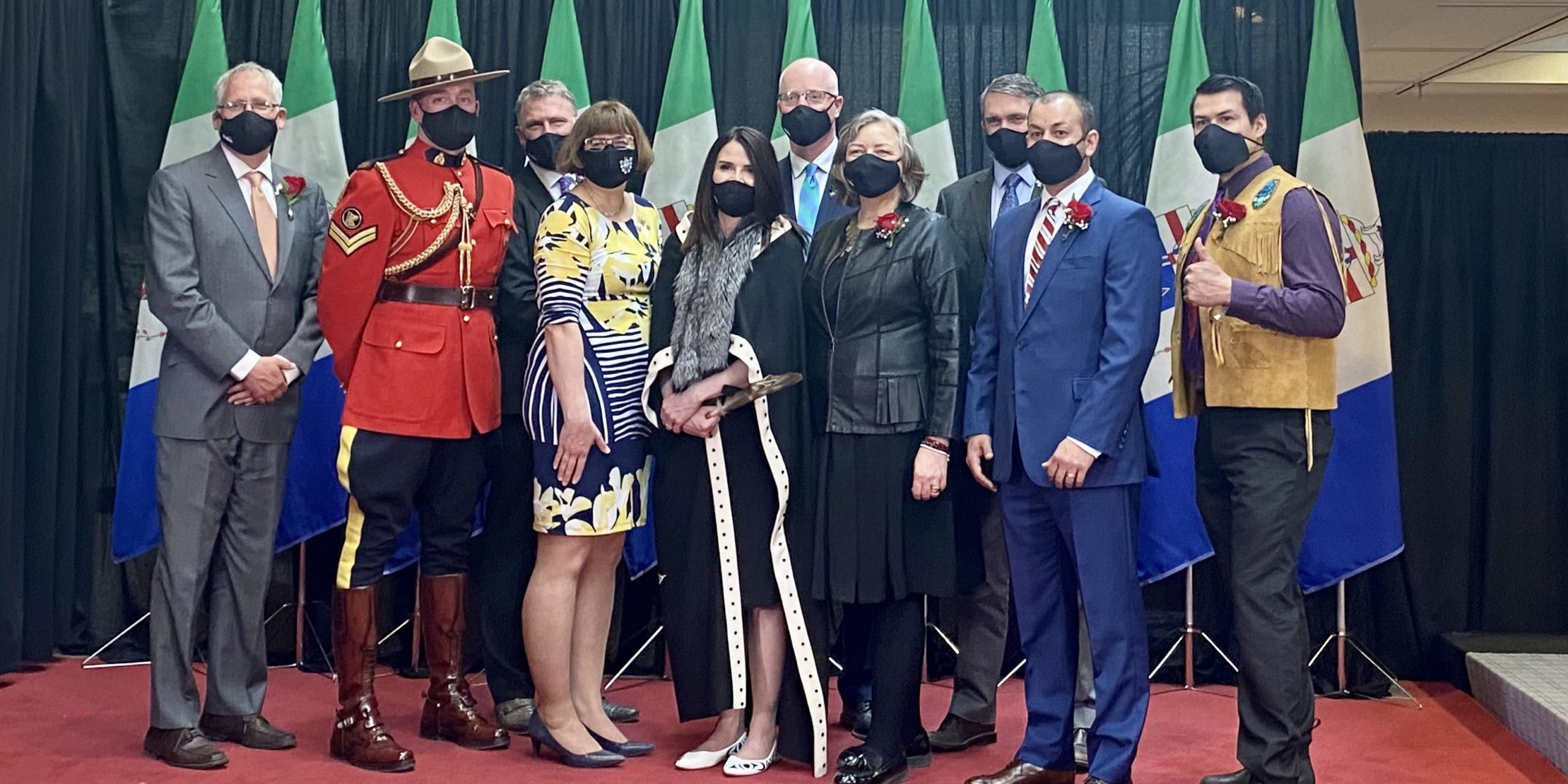 Premier Sandy Silver and the new Government of Yukon Cabinet were sworn in yesterday by Commissioner Angélique Bernard. Additionally, the Premier announced his intention to nominate Jeremy Harper for the office of the Speaker of the Yukon Legislative Assembly.

A special thank you to all the speakers and the talented drummers for your participation in the swearing-in ceremony.

Here’s a breakdown of the portfolios:

“Each member of this team brings a unique set of skills and experience to their role along with a passion for making the Yukon a better place to live. Together, we will continue to work collaboratively and tirelessly for the benefit of all Yukoners. I would also like to acknowledge one very important person on our team. This is the Speaker of the Legislative Assembly. I have put forward Jeremy Harper as the nominee for Speaker. I believe he is an excellent choice to lead our Legislative Assembly and I look forward to formally putting his name forward when we have our first sitting of the Legislative Assembly.”