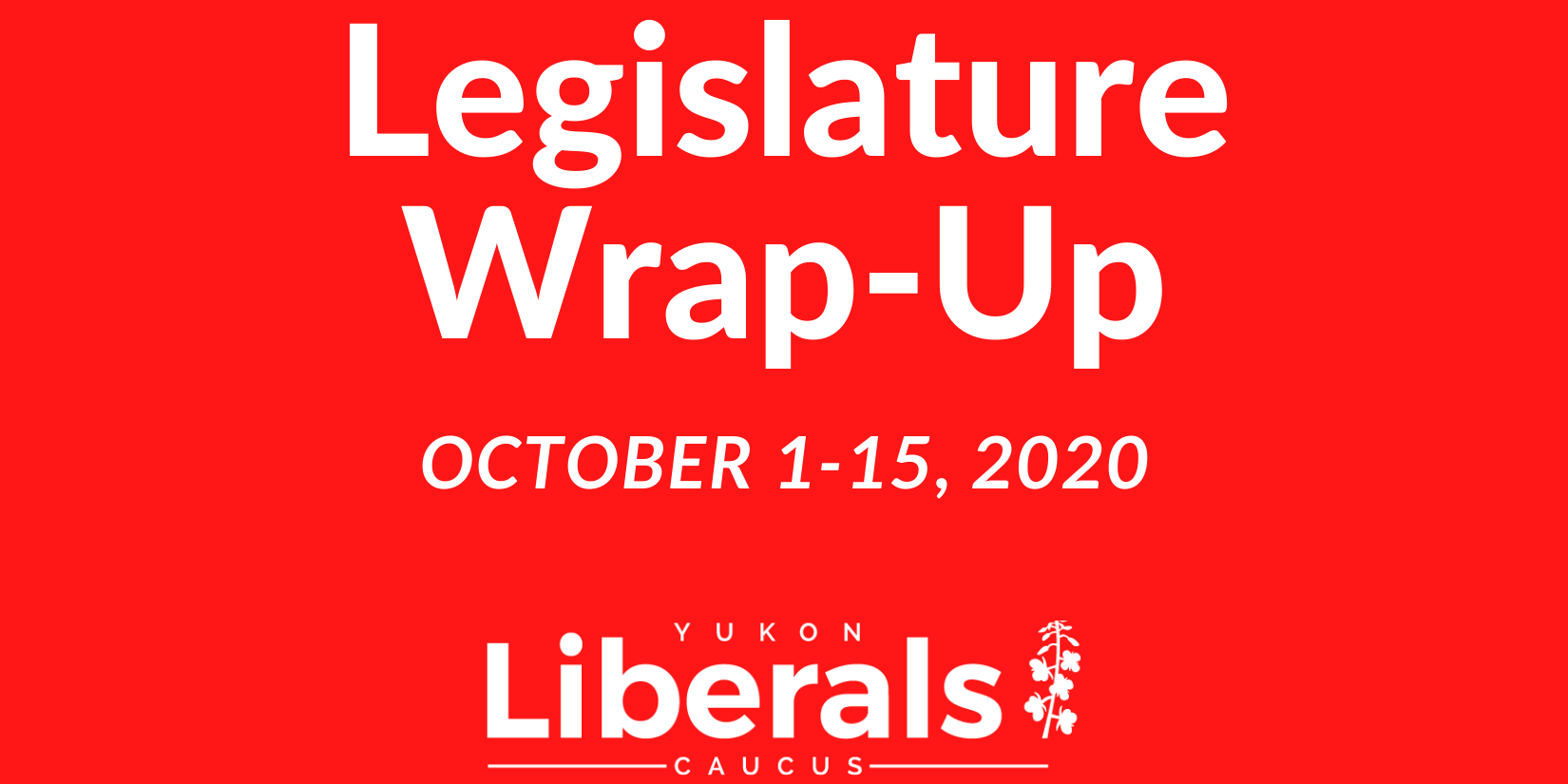 The fall 2020 Sitting of the Legislative Assembly has begun! Here is a quick overview of what has been happening in the Assembly in the past 2 weeks.

All of the proposed legislation that will be debated has now been introduced. New Bills this fall include:

We will also debate Bills introduced in the spring 2020 Sitting, including:

On October 14, the Liberal Caucus brought forward a motion in support of Yukon’s current State of Emergency. Without the state of emergency, the government would not be able to enforce the safety measures introduced to protect Yukoners. These include the requirement for self-isolation for those entering Yukon from outside of the BC bubble as well as the need for those transiting through the territory to do so within 24 hours and stick to the designated travel route. The government has also put measures in place to support businesses and individuals impacted by COVID, such as the Residential Landlord and Tenant Order, which provides financial support to renters and tenants.

The Liberal Caucus strongly supports the State of Emergency and government efforts to protect Yukoners from the spread of COVID-19 and to support them through these challenging times.

Unfortunately, it was clear that the Yukon Party did not want to commit to supporting the State of Emergency – they chose to spend the whole afternoon talking in circles to avoid a vote on the motion. This was disappointing after several months of the conservative opposition party calling for scrutiny of the State of Emergency.  However, it was not surprising since the Yukon Party has frequently suggested that the government should lift all restrictions in place to address COVID-19.

The Legislative Assembly sits Monday to Thursday starting at 1:00pm. You can listen live here: https://yukonassembly.ca/