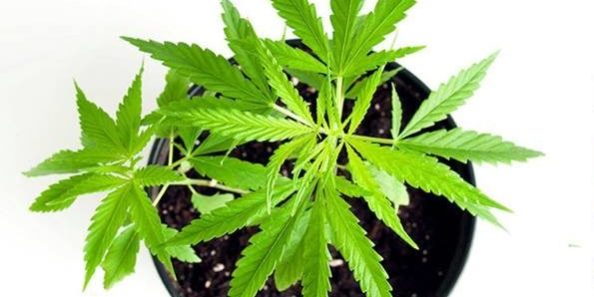 Six months to the day after cannabis was legalized across Canada, the first private retail cannabis licence was issued in the Yukon this week. Triple J’s Canna Space in Whitehorse received the licence and became the first private retail cannabis store north of 60 to open in Canada. Our Liberal Caucus is proud to deliver on our commitment to transition to a private retail sales model for cannabis in the territory. Retail cannabis licences are issued by Yukon’s Cannabis Licensing Board, an arm’s length board that has the sole authority to approve licences. There are a number of other potential retailers across the territory who have submitted applications and are currently undergoing the review process.

We remain committed to our priorities of protecting public health and safety, especially that of our youth, and displacing the illicit market. To ensure that consumers are informed about health impacts and how to consume cannabis in a socially responsible manner, the government launched the Be a Responsible Server – Cannabis online server training course for licensees and their employees. Learn more here.

“Congratulations to Triple J’s Canna Space on receiving Yukon’s first private retail licence. Once private retail becomes established in the territory, we look forward to exiting the physical retail market. We will maintain e‑commerce operations to ensure that all Yukoners have access to safe non-medical cannabis, regardless of where they live.”

This week Minister responsible for the Workers’ Compensation Health and Safety Board Jeanie Dendys announced that the Workers’ Compensation Act and the Occupational Health and Safety Act are being reviewed in order to improve, modernize and harmonize the two pieces of legislation. Our Liberal Caucus is committed to improving the care of workers and the prevention of physical and psychological injury in workplaces. In 2017, we delivered on our commitment to establish presumptive coverage of post-traumatic stress disorder (PTSD) for emergency response workers in Yukon. Presumptive coverage of PTSD benefits both workers and employers in the Yukon.

“Both lack of attention and lack of updated legislation have put our workers and our employers at a disadvantage when compared to other Canadian jurisdictions. We see tremendous opportunity to bring care and prevention together. This work will recognize and embrace the interest of both workers and employers. The healthier and safer workers are, the more success employers will enjoy.”

This week Minister responsible for the Yukon Development Corporation and Yukon Energy Corporation Ranj Pillai informed MLAs of a $250,000 contribution from the Innovative Renewable Energy Initiative that will go towards the Residential Demand Response Pilot Program, a joint collaboration between the Yukon Energy Corporation, the Yukon Development Corporation and the ATCO Electric Yukon. This program will make the territory’s electrical grid more efficient by equipping approximately 400 homes with smart devices that will allow Yukon Energy’s System Control Centre to shift participating customers’ energy demand to off-peak hours and meet the Yukon’s growing capacity needs in a cost-effective and sustainable way, while reducing pollution caused by thermal power generation. If fully subscribed, government anticipates a potential reduction of 4600 to 7200 kg of greenhouse gas emissions over the two-year pilot program. Our Liberal Caucus is committed to supporting energy efficiency projects to help Yukoners reduce energy costs and greenhouse gas emissions. Learn more here.

“Reducing demand and increasing efficiency is key as we work to reduce Yukon’s carbon footprint. All Yukoners have a stake in the territory’s energy future, and this innovative program will empower individuals to be mindful about consumption while helping us move toward a more economically and environmentally sustainable future.”