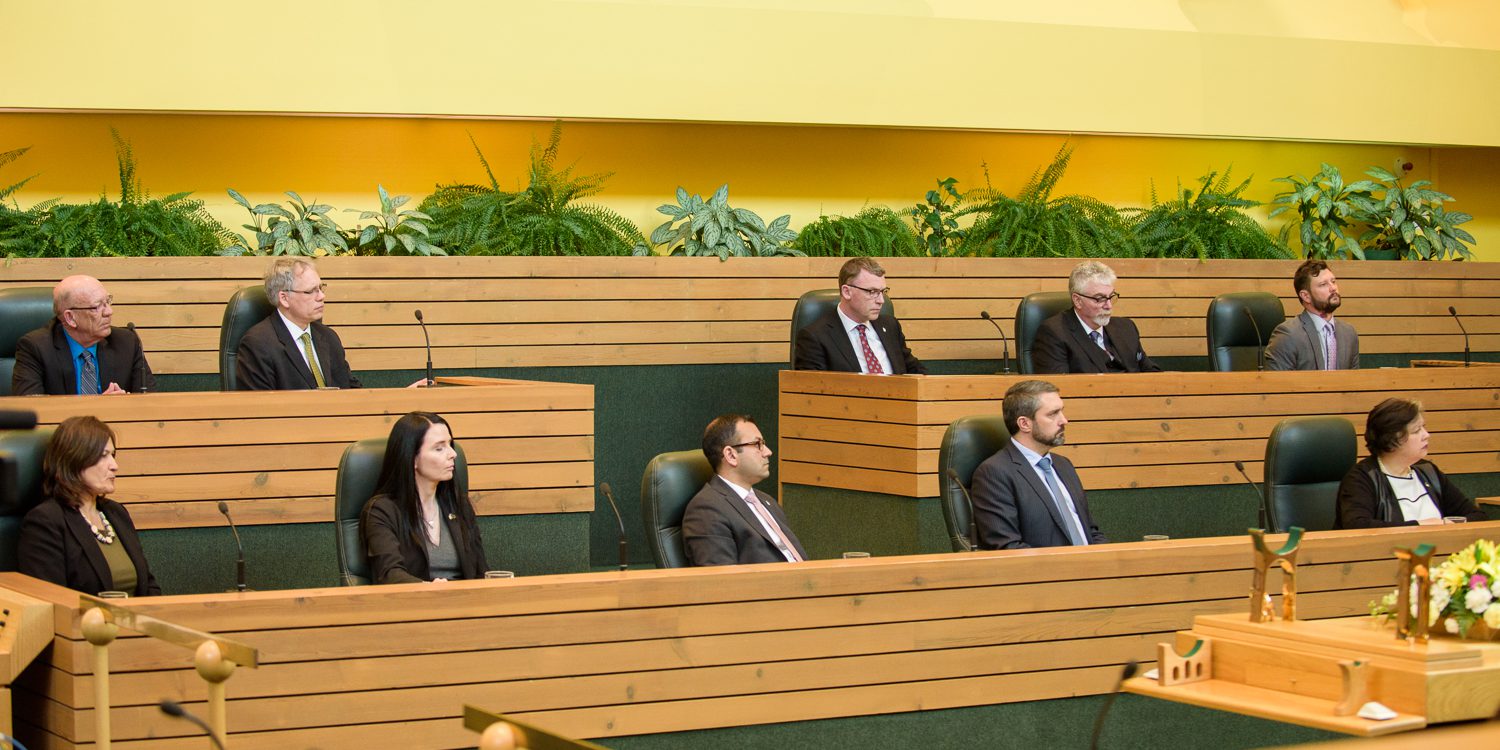 This week in the Legislative Assembly MLAs discussed the Peel Land Use Plan, the new Cannabis Bill, and a new Developer Build program.

This week Mayo-Tatchun MLA Don Hutton brought forward a motion urging the government to work with affected First Nations to complete a Peel Watershed Land Use Plan based on the Final Recommended Plan from 2011. Our Liberal Caucus has long supported the Final Recommended Plan and has been working diligently to complete a plan for the Peel region since the December 2017 Supreme Court of Canada decision. We were very pleased that this motion received the unanimous support of the Legislative Assembly.  Following the Supreme Court decision, the Yukon Party Caucus admitted they had made mistakes in handling this file, without elaborating on what they were or who made them.  Support of this motion marked a dramatic change of heart for the Yukon Party, who racked up a total of $650,000 in legal fees fighting against the Final Recommended Plan while in government.

“We hope the mistakes around the Peel land use plan are all in the past now. Our Liberal government is proud to be moving on to the next chapter in this important story. There is still much work that needs to be done as we respectfully re-engage with the governments of the First Nations of Na-Cho Nyäk Dun, Tr’ondëk Hwëch’in, Vuntut Gwitchin and the Gwich’in Tribal Council, as well as all stakeholders in communities, to develop this plan to guide the future use and development of the Peel watershed. We really do look forward to conducting this important work.” – Mayo-Tatchun MLA Don Hutton

The proposed Cannabis Control and Regulation Act went through second reading this week in the Legislative Assembly.  The Bill will govern cannabis in the territory once it becomes legalized by the federal government later this year and is the result of extensive engagement with Yukoners over the past year. Our Liberal Caucus was happy to see the Bill receive unanimous support at second reading.

“This legislation balances the need to displace the illegal market while ensuring that the protection of the health and safety of all Yukoners is our priority.” – Riverdale South MLA Tracy-Anne McPhee

Learn more about the Bill here.

“The intent is to increase the quality and quantity of housing options in the territory. The developer build program will see more diverse construction projects spring up around the Yukon — safe, adequate housing that meets the needs of Yukoners, particularly vulnerable populations.” – Old Crow MLA Pauline Frost

Important dates and outstanding Yukoners were acknowledged by Liberal MLAs in the Legislative Assembly this week.