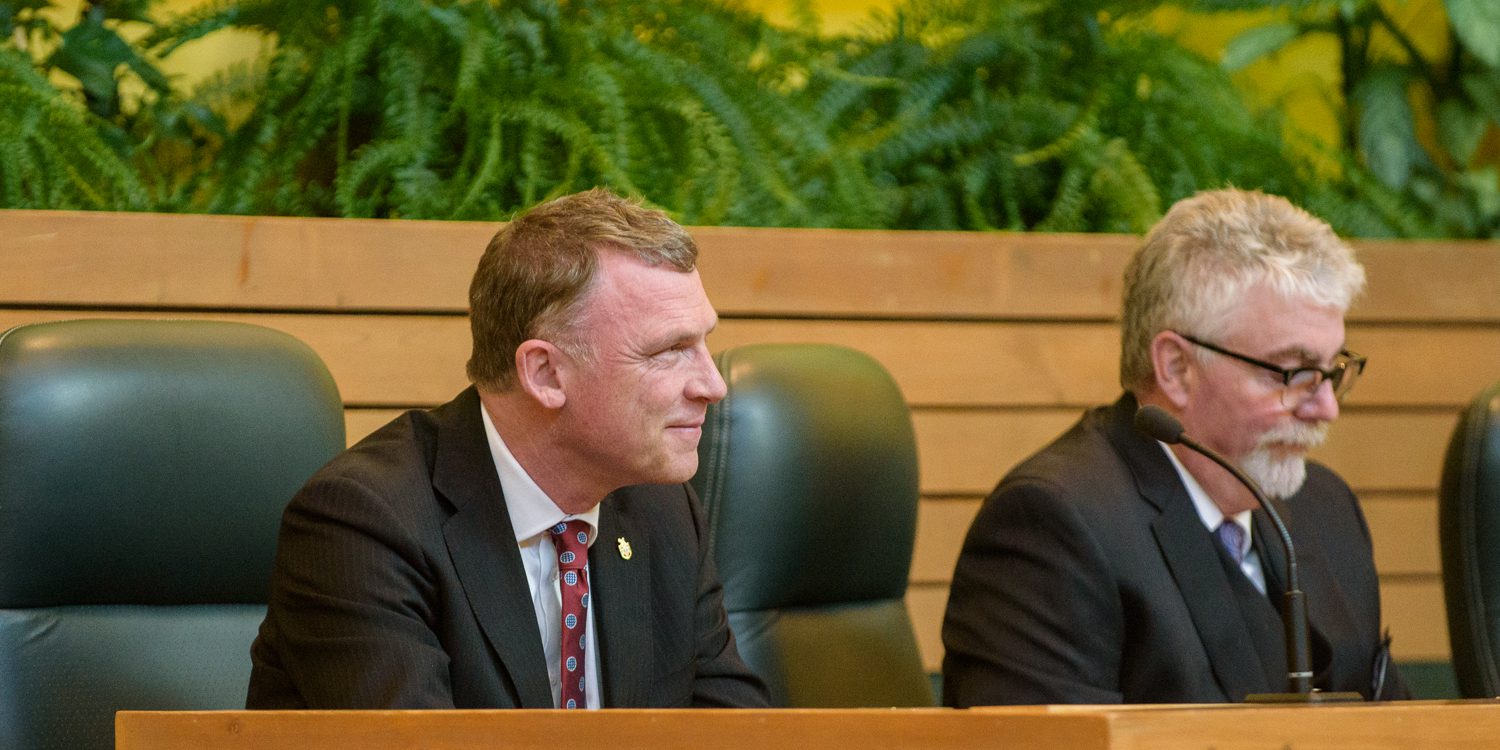 This week saw important progress on a bill to protect Yukoners from discrimination, a motion on C-17, and budget debate continue. Below is a weekly roll-up highlighting important topics, government motions, tributes and bills.

Questions were asked this week on the Liberal Caucus’ stance on paving the Dawson City airport runway. Highways and Public Works Minister, Richard Mostyn, reaffirmed that the Liberal Caucus remains dedicated to their campaign commitment. He explained that more information is needed to develop a functional plan for the runway. Minister Mostyn told the Legislative Assembly,

“…this Liberal government remains firm on its commitment to pave the Dawson City runway.”

It was exciting to see progress on a bill to protect transgender and gender-diverse Yukoners from discrimination pass second reading unanimously in the house this week. This means the bill will be further debated, and read a third and final time. During debate, Health and Social Services Minister, Pauline Frost, shared a comment submitted to a government survey regarding the proposed amendments.

“This is a very important step in ensuring people’s right to safety and dignity that people do not remain invisible or feel afraid to express their full selves. When people feel safe to express who they are fully, our community thrives. This is long-overdue. Thank you for making it possible for LGBTQ individuals to feel safe in Yukon.”

Learn more about this bill.

Bill C-17 is currently on its way to second reading in the federal House of Commons. Bill C-17 repeals contentious amendments to the Yukon Environmental and Socio-Economic Assessment Act. On March 13, 2017, an open letter asking for the bill to be supported was sent to the Minister of Indigenous and Northern Affairs, Carolyn Bennett, from Premier Silver, CYFN Grand Chief Peter Johnston, and Yukon Chamber of Mines President Mike Burke.

This week saw debate on MLA Don Hutton’s motion urging the Government of Yukon to hold the Yukon Forum four times annually. The Yukon Forum provides an opportunity for Premier Silver and members of his caucus to meet with Yukon First Nation chiefs, and to discuss and determine common priorities and opportunities for cooperation and collaboration.

“The Yukon is in a unique situation, nationally and internationally, when it comes to the evolution of responsible public government in the territory and the emergence of self-governing First Nations. We, here in this House, the Yukon government and self-governing First Nations, share a common goal of improving the lives of all Yukoners, and we recognize that we are most effective in achieving this goal when we work together.”

MLA Jeanie Dendys shared what she has heard from her constituents.